There’s a misperception that the West Coast holds a monopoly on companies making exciting tech. Certainly, auto companies are becoming more high-tech all the time, and Michigan has branches of some of the tech giants located here, but the kind of “wow factor” technology that feels incredibly cutting edge happens in places like Silicon Valley, goes the thinking.

Rave Computer in Sterling Heights is proving that thinking wrong. The company specializes in purpose-built computing, largely in applications used by the auto and defense industries and the public sector. They create everything from rugged laptops that can survive brutal conditions to immersive augmented reality and virtual reality environments that allow users to experience what it would be like to be in a situation in real-time without the risks of onsite training. They use cutting-edge technologies such as photogrammetry, which extracts 3D information from photographs in order to build a realistic environment, and digital twinning, which creates an exact digital copy of a physical object.

These applications are used in various settings, from defense to film. For example, says company president Stacey Ferguson, a city government might use photogrammetry to build a rendering of an intersection and test solutions to traffic problems. In short, they create computers that are able to simulate a particular environment or situation with a high degree of realism. This offers opportunities to improve their training and problem solving without putting human or physical capital at risk.

“More people are starting to leverage immersive technologies to become one with a particular task or environment,” says CEO Rick Darter. “It’s used in training and designing and building solutions that enable people to do that individually or in groups.” 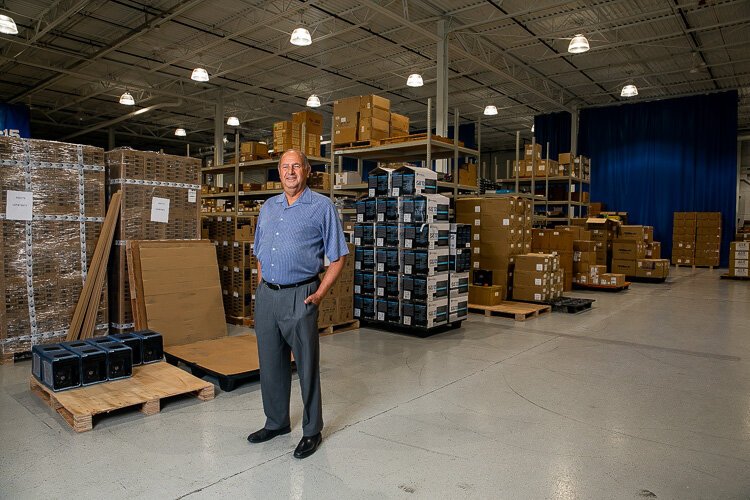 RAVE was founded by Darter and a partner in 1988. He got started selling used computer equipment, and soon developed a reputation for his ability to customize computer builds to a user’s needs. Rave sprung from a relationship he had with a local computer manufacturer who knew of his talent and asked him to partner on a specific military project. Rave has grown to 35 employees and is based at the Sterling Ponds industrial park. The company started out in Sterling Heights because of a relationship the company had already had with a landlord, and quickly became very connected in the community.

“Initially it gave me the opportunity to get involved with Sterling Heights and meet other business owners, and discover nonprofits that supported our community,” Darter said. “Within that network we found resources that both introduced us to opportunities and gave us the capabilities of improving own products and helped us grow in our local presence there.” 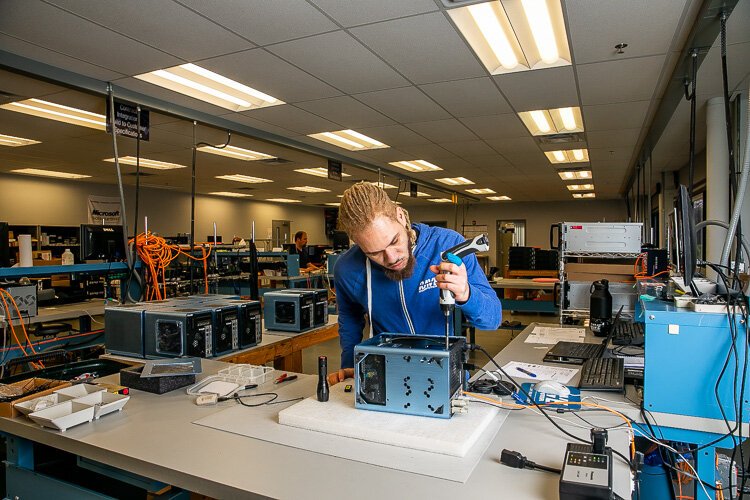 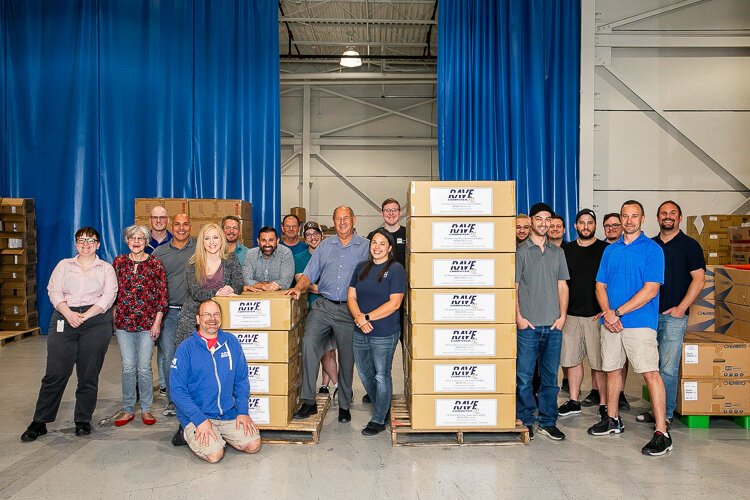 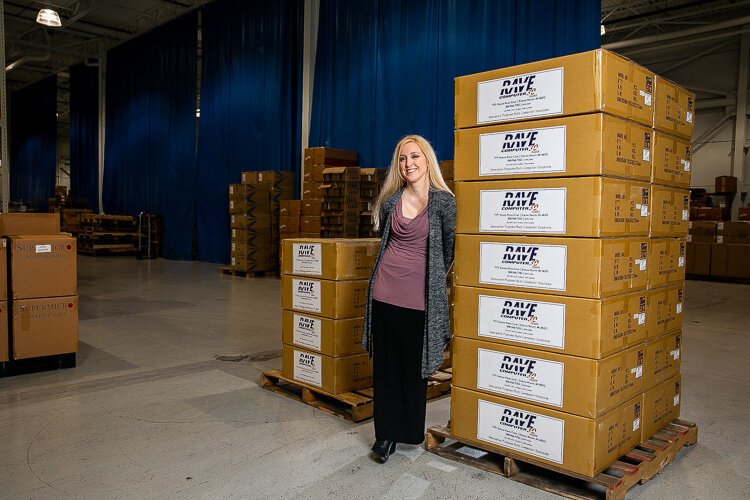 They moved to their current location because of an opportunity to join the Macomb-Oakland Business Incubator. Rave became the anchor tenant at the location. Much of Rave’s business is for the defense industry, so the proximity to companies like General Dynamics Land Systems and the Defense Corridor Center for Collaboration and Synergy (DC3S) has been helpful. Because of the networking they have done in the city, Darter became involved in the National Defense Industry Association and is the organization’s immediate past president.

Darter and Ferguson both say that being in Michigan, and specifically Sterling Heights, has made it easy to recruit talent even in this highly technical industry. “There are a lot of great talented people in the Detroit area, although it’s not always easy to find them,” Darter says. “The work ethics of the people in Michigan are a competitive advantage to us.” The central location – Ferguson says they are only about a half-hour’s drive from most points in the Metro Area – also helps.

Rave, along with Center for Creative Studies and several automotive and defense contractors, was a founding member of the Augmented Reality Center at Oakland University, which will eventually help build a pipeline of students trained in creating and using augmented and virtual reality environments. It’s meant to help build connections between industry and academia. Companies can use the center to train their own employees, work with students and their professors on cutting-edge technologies, and attend lectures and seminars about AR and VR. Rave also works with local schools to offer internships for students.

Last August, Darter sold his shares in the company to Ferguson and a small group of other senior employees, although he plans to stay on as CEO indefinitely.  He wanted to sell to employees who were committed to taking the company forward instead of an outside investor who might not have as much a stake in Rave’s people and the community they are part of.

“It was important, as far as my legacy, to see the company continue on,” he said.  “Selling to employees would keep it going and allow me to stay involved. I found a leadership team I have a lot of faith in, and I trust they can take the company to the next 20 years. I handed [Ferguson] the baton and she’ll run with it.”

For her part, Ferguson implemented an Entrepreneurial Operating System at Rave that allows them to plan year-to-year while staying ahead of the constantly evolving landscape in technology. She plans to expand the company’s offerings in immersive simulations, invest in research and development in existing and emerging technology, and expand in areas such as state and local government and even the film industry. Finally, she says investing in the people who work for Rave is extremely important. “We tell people when we bring them on that we want to be the last job they have,” she says.

Rave’s success is based on showing customers how these emerging technologies can improve their efficiency and effectiveness. “You can be small and mighty and still make a difference in the world,” she says. “We’re a little hidden gem in Metro Detroit – you think have to go to a big expensive city to make an impact in tech, but you can do it right here in your own backyard.”